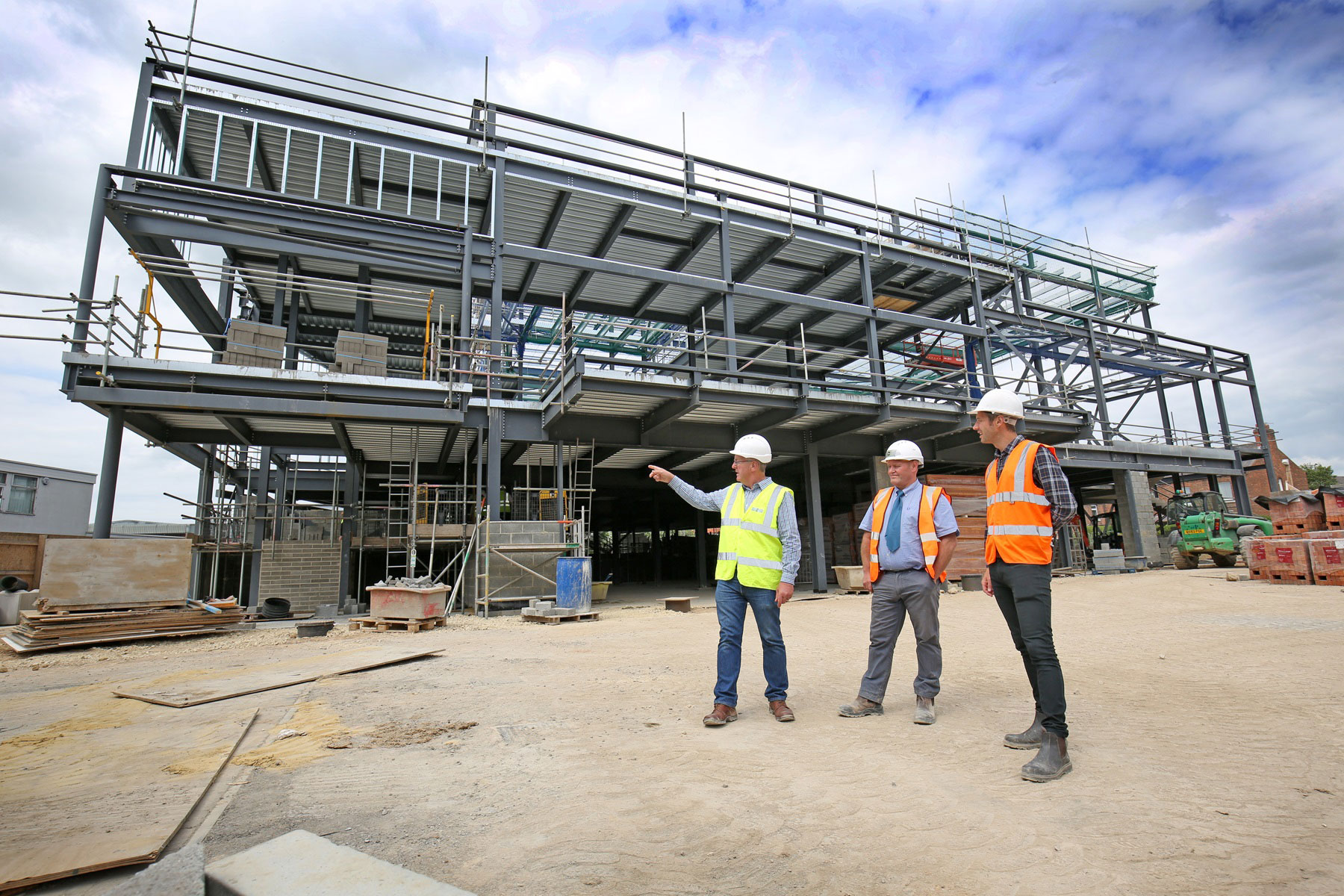 From left, Hambleton District Council Leader Cllr Mark Robson, Colin Hall, Senior Site Manager, and Scott Wardman, Head of Construction, both of contractor Moody Construction, at the Treadmills site where a new Everyman cinema and restaurant units are being built.

They join the expanding portfolio of companies now operating from the redeveloped prison site, Treadmills, in the North Yorkshire town.

Farmhouse has taken the ground floor unit at the former Governors House and Open Jar will move into one of the three restaurant units currently being built with a new Everyman Cinema on the site. 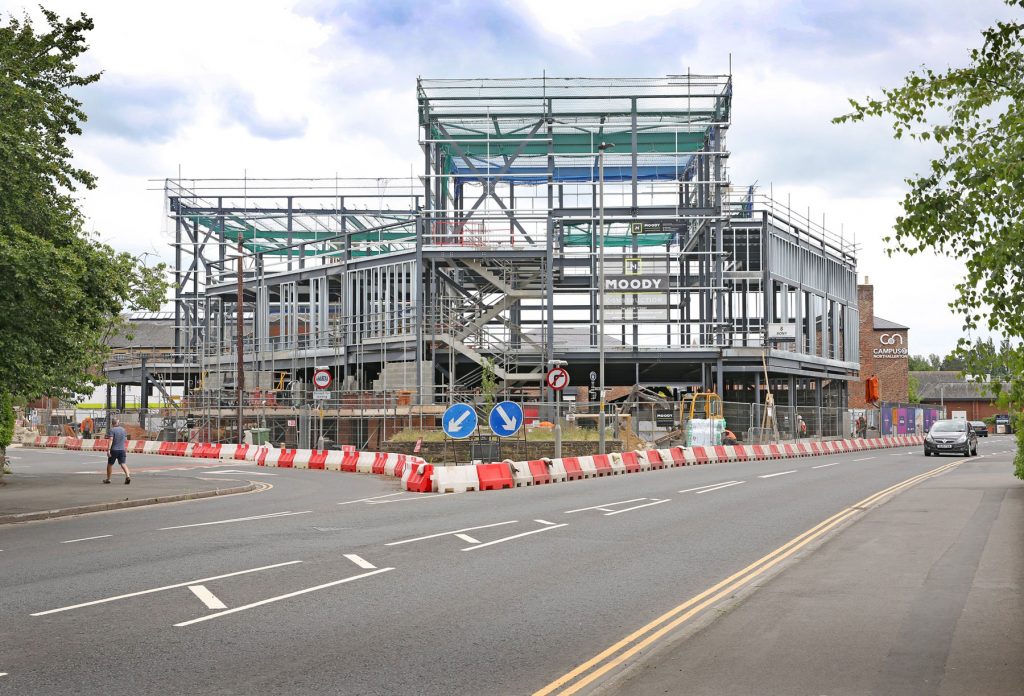 The latest phase of the Treadmills development in Northallerton will be completed by the end of this year and will house an Everyman cinema and three restaurants.

Open Jar currently operates from bases in Norton and Seaton Carew and will serve street food as well as a classic menu – and offer live entertainment.  Farmhouse is an all-day independent restaurant which also has a base at the Everyman Cinema in Harrogate.

The former Northallerton Prison site has been transformed into a retail, business and leisure destination by Hambleton District Council and leading Yorkshire developer, Wykeland Group.

“The formerly derelict Northallerton prison site has been transformed into a thriving hub for shopping, business and learning with the latest phase adding leisure into the exciting mix of uses.”

Hambleton District Council Leader, Councillor Mark Robson, said: “It is an exciting time for Northallerton – and the Treadmills development. It is fast becoming the place to be based to work, learn and enjoy leisure time.

“We have an eclectic range of businesses choosing to expand here – once the cinema is open and the public open space is complete later this year, Northallerton will have a much improved offer for the day and night time economies which we hope will attract people from both inside and outside the district to enjoy.” 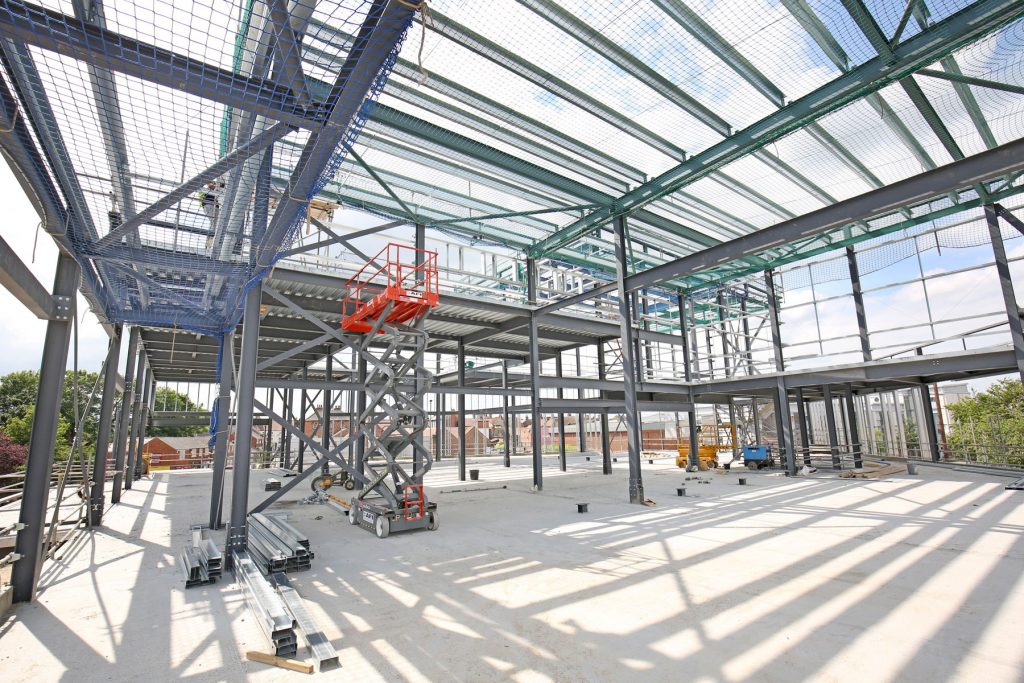 Steelwork has been erected in the final phase of development at the former Northallerton Prison site. Two hospitality businesses have been announced as the latest operators joining the Treadmills scheme. Pictures:Nigel Whitfield Photography.

The latest phase of the development will be completed by the end of this year and will house the Everyman cinema and three restaurants.  There is also a further unit for a hospitality business under the first floor wing of the C4DI building. 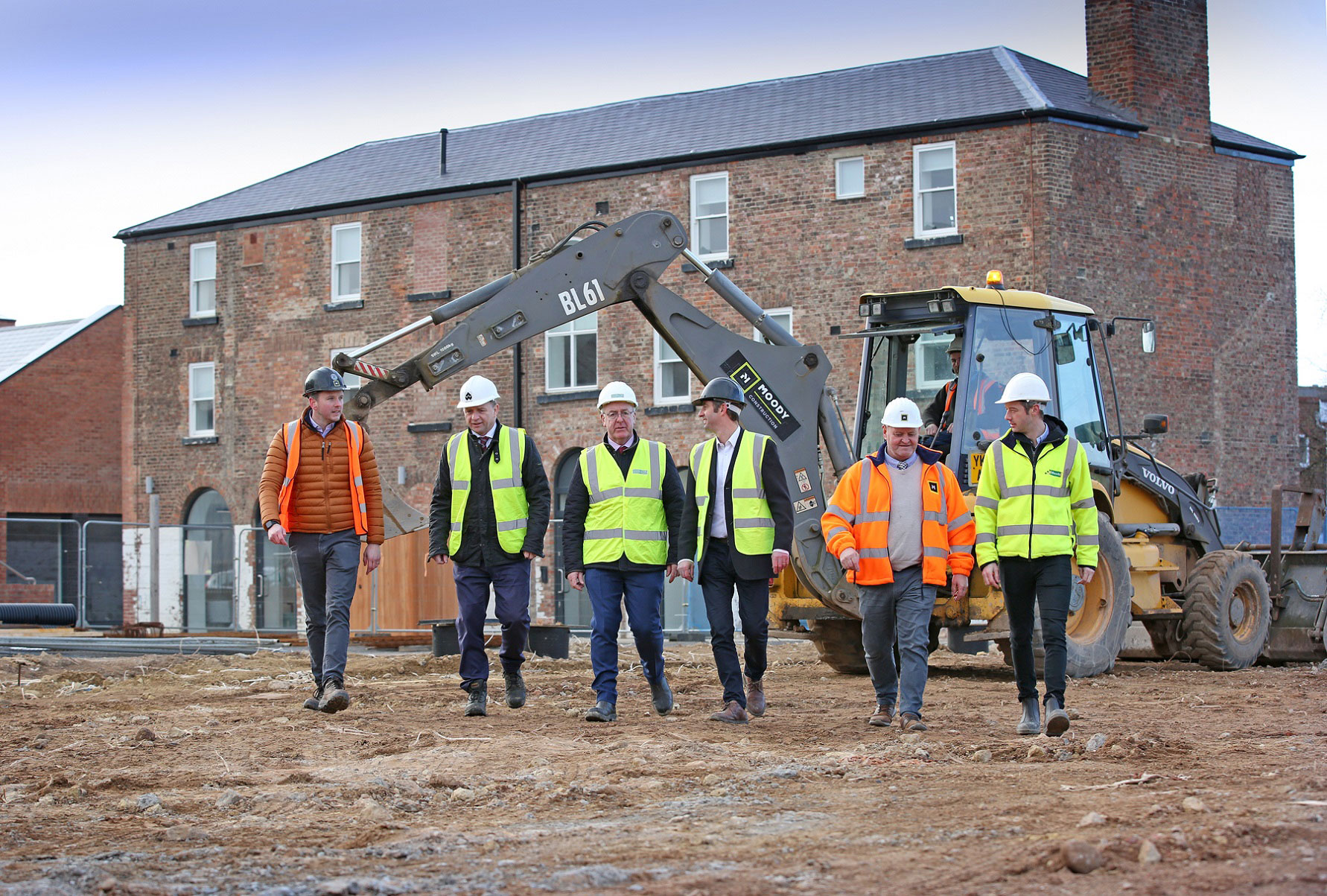