Construction work has begun to herald the rebirth of the former Northallerton Prison in the North Yorkshire town’s most significant regeneration scheme in decades.

Now work has begun on the scheme, which will see the prison, which has been closed for six years, re-invented as an exciting new retail, leisure and business destination.

Yorkshire-based Castlehouse Construction has been appointed to deliver the first phase of the scheme, which is focused on the development of retail units and a car park on the south side of the former prison site.

The initial phase will feature the construction of stores to be occupied by fast-growing supermarket group Lidl and Iceland, the UK’s leading specialist frozen food retailer, as well as a smaller third retail unit. 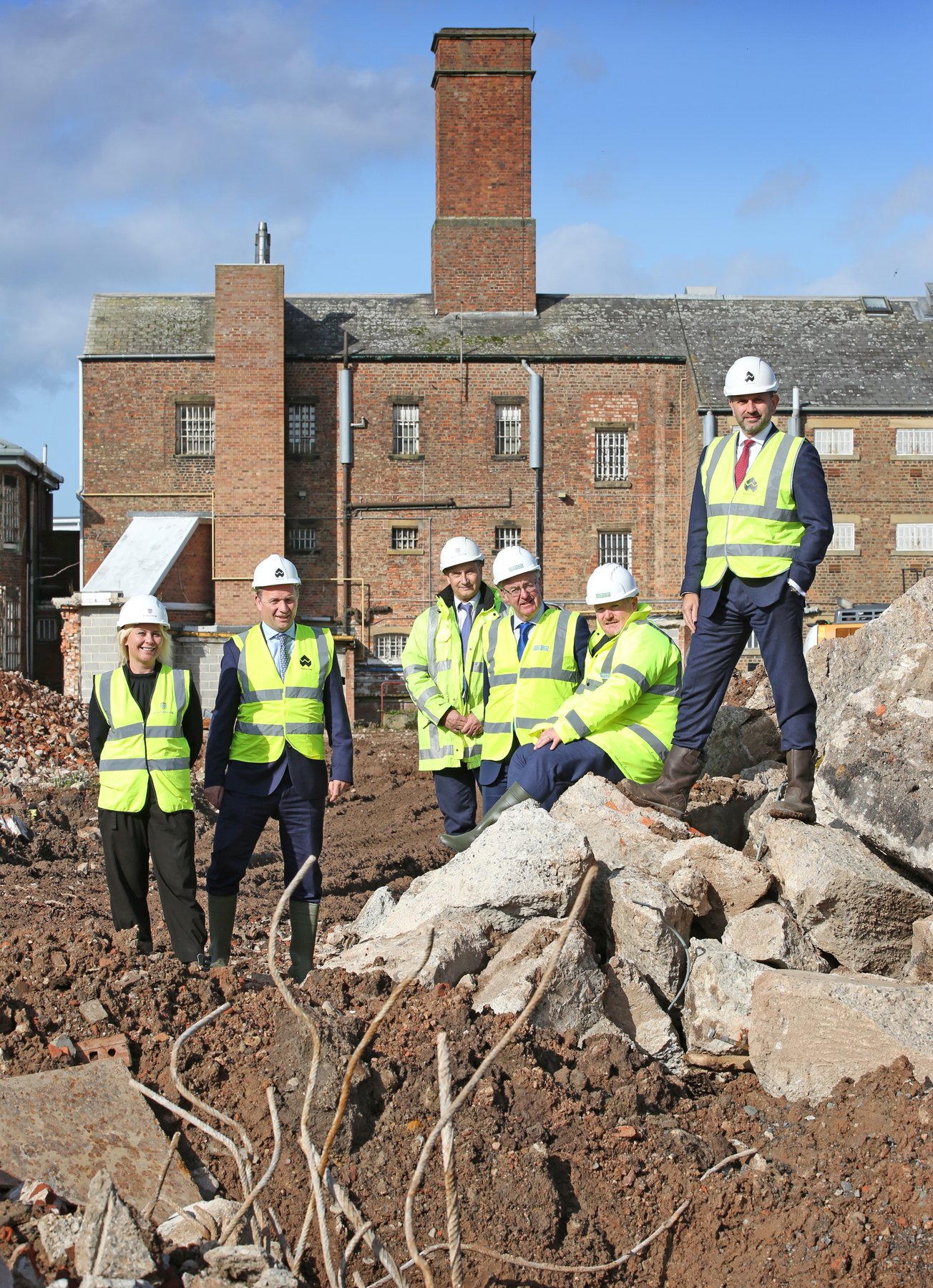 Lidl is the retail anchor for Treadmills and will take a 21,000 sq ft unit, while Iceland will occupy a unit with 6,000 sq ft on the ground floor and a 2,300 sq ft mezzanine level.

A further retail unit of 1,330 sq ft is also available to complete the southern part of the development, which will also feature parking for around 130 vehicles.

Work in the early weeks will include demolition of the existing gatehouse and the creating of a new access to the site from Crosby Road.

Construction of the retail units and car park is expected to be completed by early summer next year, ready for the Lidl and Iceland stores to open by summer 2020 following fit-out.

Dominic Gibbons, Managing Director of Wykeland and a CNDCL Board member, said: “The start of construction of the first phase of Treadmills is clearly a major milestone towards the delivery of the development partners’ exciting vision.

“Northallerton Prison was a landmark in Northallerton for more than 200 years and forms a major part of the town’s history.

“Now, we are creating an exciting new future for this strategic site, with major investment, facilities and jobs to support Northallerton’s economic growth and prosperity, while respecting and preserving the key heritage of the site.”

Councillor Mark Robson, Leader of Hambleton District Council, said: “We are delighted that construction has started on what is going to be an exciting project for central Northallerton and we look forward to new businesses opening and successfully trading in the town.” 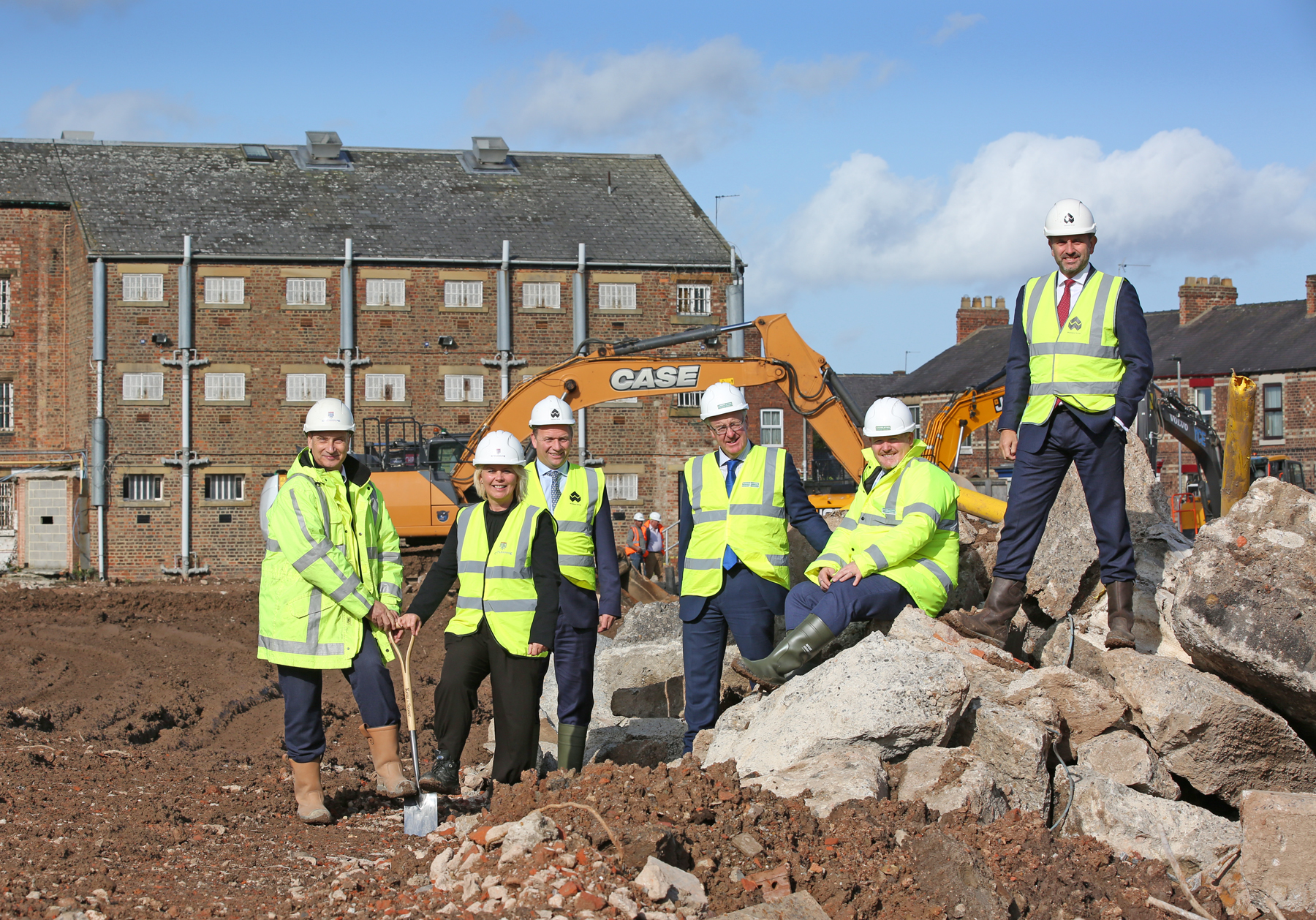 From left, Frank Kofler and Gemma Lennon of Castlehouse Construction; Jonathan Stubbs, of Wykeland; Councillor Mark Robson and Justin Ives, of Hambleton District Council; and Wykeland’s Dominic Gibbons; on the former prison site where construction work has begun on the £17m Treadmills development.

Five Grade II listed former prison buildings at the northern end of the site will be restored, refurbished and brought back into use as part of the next phase of the development, with work expected to start early next year.

Occupiers of the renovated prison buildings will include digital technology companies, specialists and freelancers in a community managed by the Hull-based Centre for Digital Innovation (C4DI).

Subsequent phases will feature a four-screen cinema, to be operated by prestige cinema group Everyman, as well as restaurants and residential, arranged around a new showpiece civic square.

When complete, around 250 permanent jobs will be created within the Treadmills scheme, as well as 180 jobs during construction.

CNDCL has now taken over management of the neighbouring Crosby Road car park and £150,000 is being invested in improvements, including introducing four electric vehicle charging points – the first in an off-street car park in Hambleton district.

The upgrade also includes the introduction of electronic payments, by card and mobile phone, while parking bays are being widened and eight disabled and six parent and toddler spaces added.

Hambleton Council has also drawn up detailed plans to ensure Northallerton’s High Street and the Treadmills development are strongly connected.

Following confirmation of a £2.9m investment by the York, North Yorkshire and East Riding Local Enterprise Partnership (LEP), work is expected to start early in the New Year on improvements to New Row, Central Arcade and Zetland Street. The scheme will create high-quality, pedestrian-friendly links between the High Street and Treadmills.

The LEP is also supporting the Treadmills scheme, including by investing £250,000 in highways improvements and the diversion of utilities related to the first phase of the development.

Northallerton Prison housed inmates for more than 230 years before closing in 2013. Hambleton District Council bought the former prison from the Ministry of Justice in 2014 to secure a key strategic site close to the town centre and signed a development agreement with Wykeland to deliver the Treadmills scheme in 2017. 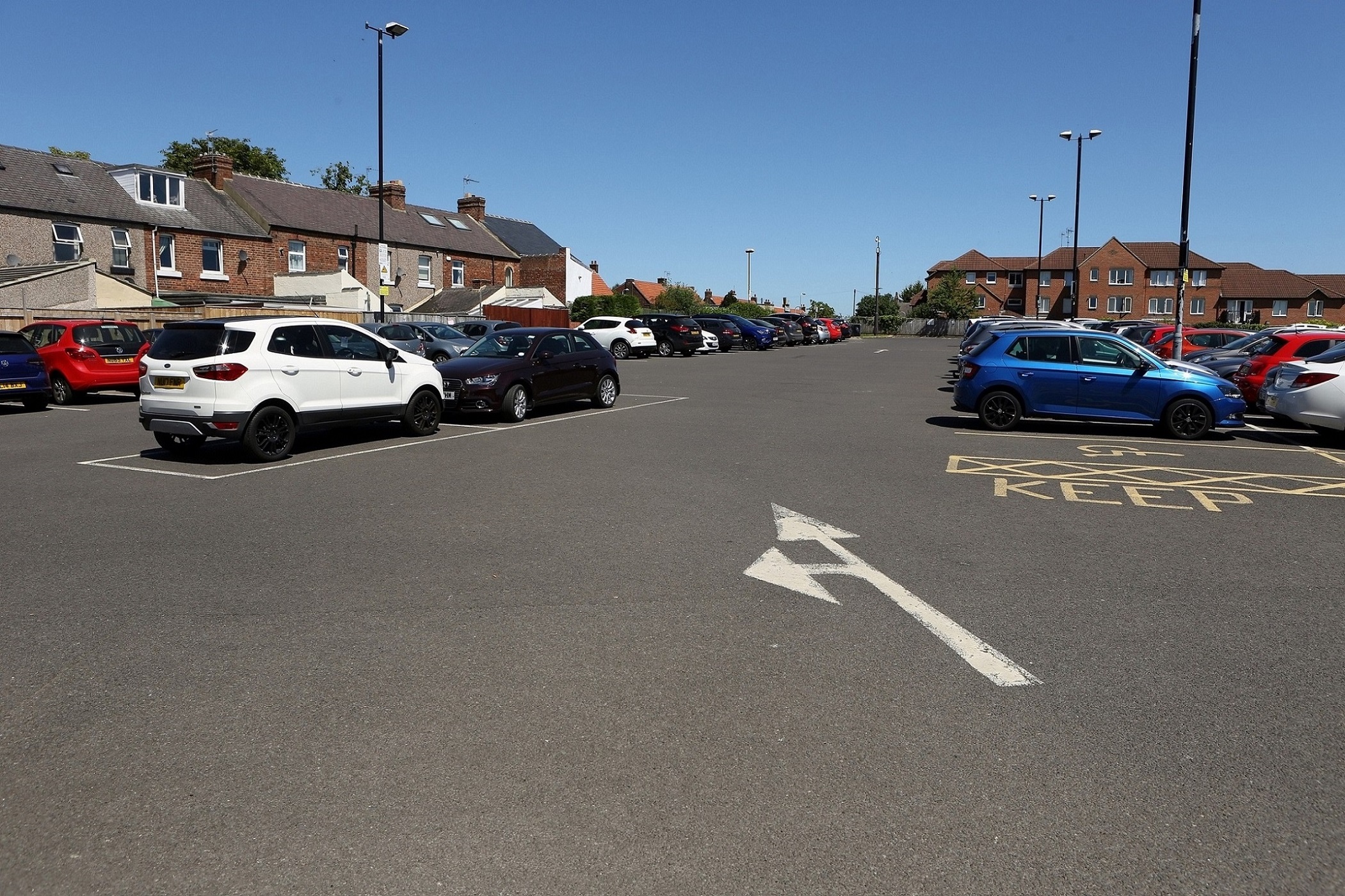